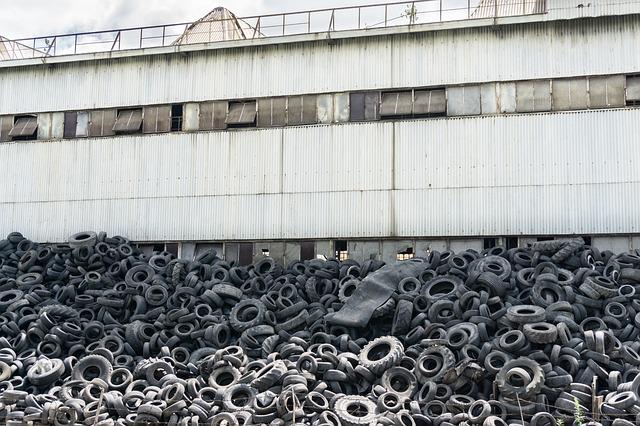 Similar to people, tyres have a lifespan. We frequently throw things away in landfills when they are too damaged, worn out, or old to be repaired. Unfortunately, this has negative effects on the ecosystem. As a result, there have been increased efforts to lower tyre waste mounds. And for this reason, some people now recycle used tyres at home for a variety of uses. For instance, you can use old tyres in the bush as exercise equipment.

Tadwir Al Jazirah in Saudi Arabia offers boxes and containers of various sizes and disrupting them, providing official workers and daily follow-up are only a few of the exceptional waste management services offered by the largest waste separation and recycling firm in Saudi Arabia.

Recycled tyres, however, are at the forefront of all these initiatives. You may be asking why this is happening at this point. We’ll talk about what recycled tyres mean in this article. After that, we’ll talk about the procedures for recycling tyres and the advantages it has for both you and the environment.

Tire Recycling: What Is It?

Processing used tyres for reuse is a part of this. These tyres, commonly referred to as end-of-life tyres, are typically no longer useful. And this is a result of wear and damage.

The process of rubber tyre recycling entails turning them into components that may be used to make new goods. You might be wondering why it’s necessary to recycle tyres at this point.

Well, this is because of both their growing population and the rapidity with which some tyres degrade. As a result, more recycled tyres are ending up in landfills. Additionally, as you are fully aware, we are talking about more urgent matters when we mention landfills.

Tadwir Al Jazirah waste management company in Saudi Arabia is concerned about landfill-related environmental contamination, risks to marine life, global warming, and a number of other problems. Recycling, therefore, looks like an excellent way to prevent these.

The past demonstrates that recycling tyres have always been a wise choice. For instance, many people did not have automobiles a few decades ago. However, there were more than one billion rubber waste mounds worldwide.

However, the worldwide waste heap only had approximately 60 million used tyres as of today, when most people already owned one type of car or another. And the reason for this is rubber tyre recycling. Therefore, rubber tyre recycling is a wise decision and always has been.

When you learn that rubbers were once as expensive as silver, you become even more persuaded. Recycling was also the only practical means to maintain output at the time.

Rubber waste is both useful and dangerous. Since they are energy-efficient and non-biodegradable, they load up landfills, emit dangerous gases, and generally wreak havoc on the environment.

We at Tadwir Al Jazirah recycle tyres, make new products, support the economy and government coffers, shield people from sickness and pollution, and remove other risks. The latter’s advantage is clear.

Decide to recycle instead!